PUTTING ON A SHOW

The first exhibition I ever worked on was Michelangelo’s Drawings at the British Museum in 2006. Given that these works of extreme brilliance only see the light of day in a major show once in a lifetime I feared I had peaked too soon. And then I entered the dynamic, unpredictable world of contemporary art and learnt the rules all over again.

I was Director of the pioneering gallery founded by Mandy d’Abo, The Cat Street Gallery in Hong Kong. After four years witnessing and participating in the boom in the Asian art market I returned to London to direct the Contemporary Department of London’s oldest dealership, The Fine Art Society. In October 2016, I was appointed Head of Collections for Soho House Globally. 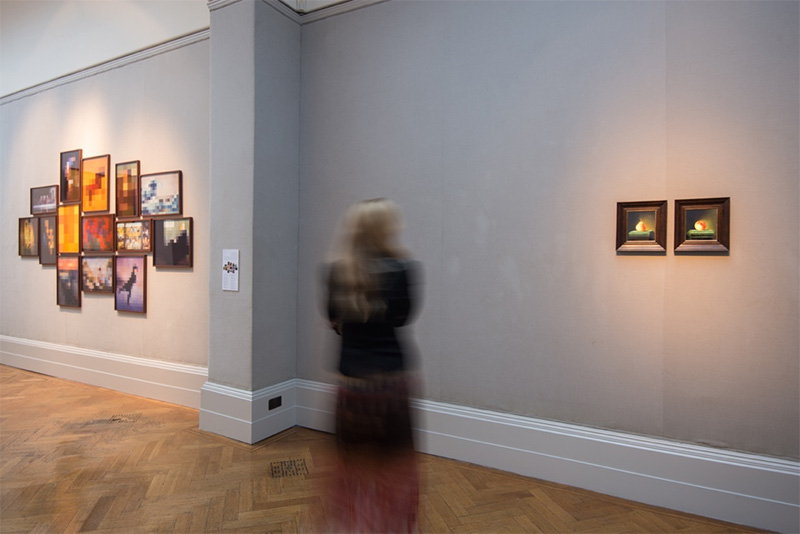 It is one of the largest collections of contemporary art on permanent display with over 5500 artworks across over 25 sites globally. I am the custodian of the existing collection whilst making further acquisitions for new sites in Austin, Paris and Rome. Each House has a considered curatorial premise, from highlighting gender inequality in the art world, to asking famous artists to play a surrealist line drawing game to creating platforms for young artistic talent.

Find Out More Sarah Maple - Jealous Art Gallery, London October 2020 The unmissable exhibition is a ground breaking collaboration between one of the most potent and singular young voices in British [...]

Platform Foundation, London The Soho House Art Collection numbers over 5000 artworks on display permanently across our sites in 8 countries, making it one of the largest and most respected collections of its [...]

NOT 30% – THE OTHER ART FAIR, LONDON Gallery

White City House, London A cultural icon and landmark piece of modern architecture, the Television Centre at White City was a factory for television and a powerhouse of creative broadcasting. Soho House opened a [...]

Dumbo House, New York Nestled between the Brooklyn and Manhattan bridges, Dumbo House has a staggering vantage point across one of the most architecturally spectacular views in the world. The art collection at this [...]

Mistresses, Kettners Townhouse Permanent collection, Soho London For nearly 150 years this has been a refined dining location whilst simultaneously playing host to liaisons, affairs and voyeurism. It is this clandestine aspect of [...]